How to vote tactically for a greener new government

Thanks to Frannie Armstrong for this!

A Tory government would be a disaster for the environment and climate change.

Their candidates rank climate change as 19th out of 19 most important issues and want to decrease onshore wind and increase North Sea oil drilling. Their party is riddled with climate sceptics (with one even rumoured to be lurking in the shadow cabinet).

There are six seats (Battersea, Brighton Kemptown, Calder Valley, Colne Valley, Hove and Stroud) where the Green vote is large enough to give a Labour seat to the Tories.

There are at least three (including Carshalton and Wallington, Dorset West and Torridge and West Devon) where it would either give a Lib Dem seat to the Tories or prevent the Lib Dems from taking one from them.

So we urge everyone who understands the precipice on which we all stand to be highly tactical with their vote:


Meanwhile, till Friday morning, you can watch The Age of Stupid free for 48 hours - from now till the polls close tomorrow night.
Posted by DavidKThorpe at 6:26 AM No comments: 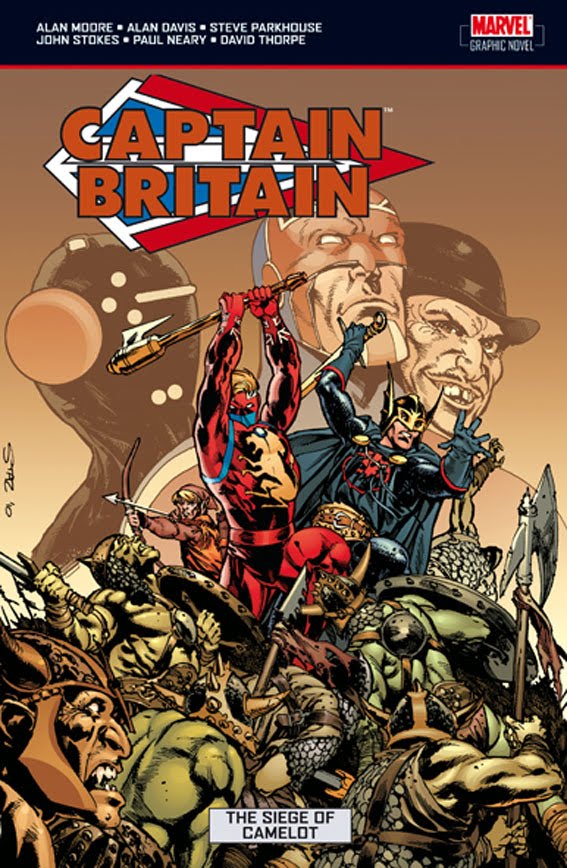 It contains the Captain Britain strips from Marvel Super Heroes Nos.377 - 389 and The Daredevils Nos. 1 - 11 chronicling the stories by myself, Alan Moore and Alan Davis. It costs £12 from Forbidden Planet.
Posted by DavidKThorpe at 2:43 AM No comments: