Humour has the power to cut through conflict, and art has the power to bypass reason. Cartoons equal art plus humour. So all credit to the 4th Future of Cities Forum for using comics to log in real time what delegates were debating and concluding in their workshops last week.

Drawnalism is the name of the artist who was commissioned, who in reality is two people: the cartoonists Matt Buck and Alex Hughes. They were bought in by the organisers, Energy Cities, to lighten up what can be a too-serious process of tackling the world's problems, by tapping into people's creativity and encouraging lateral thinking as a form of problem-solving.

Coincidentally Matt and I have worked together before, on two series of cartoon strips, Public Servants and Managing Hell. It is really good to see him in action, both of us now working to promote sustainability in cities.

The first cartoon kind of sets the stage for the discussions, as delegates laid out the problems facing cities on the route to sustainability:

This little cartoon exemplifies in one brilliant image how one person can release so much energy in another when they become inspired:

Imagine is an ongoing project form Energy Cities which is about envisaging solutions to problems of energy and cross-border issues in Europe. Although there are an increasing number of cities working to minimise their energy use and generate energy themselves, they also come up against many obstacles, one of its is quantify the extent of the changes required and finding ways to overcome these problems.

This cartoon sets out the result of workshop on this subject:

Part of the problem facing cities leaders is getting others to buy into the sustainability agenda, and this cartoon summarises the results of a workshop on this subject:

As delegates prepare to leave the conference they need to take with them the energy generated by committing to do particular actions, and this cartoon is intended to energise them in this respect.

Cartoons are a great way to facilitate decision-making, and create memorable but enjoyable encodings of the messages that arise from that creative process. They reach the place other forms of communication cannot. #FutureOfCities is to be congratulated for having the imagination themselves to commission cartoonists to work with them.
Posted by DavidKThorpe at 7:32 AM No comments:

The inspiration for my new novel

My first novel in several years is out this week – Like Hybrids it's still YA, it's still set in the future, but it's very different in subject matter. I thought it might be interesting to talk about why I wanted to write it.

I lived in mid-Wales, where Stormteller is set, for nearly 20 years. After separating from my first wife I eventually landed up in Taliesin, partly because I was attracted to a place named after Wales' legendary bard.

I know the landscape almost as well as I know my back garden now, having walked over much of it. I always felt when I moved to this edge of the British Isles from London that here, unlike most places, the skin of the present is thin: you can feel the vibrations from the past still reverberating down the centuries like thunder beneath your feet.

Just inland from Taliesin village is a collapsed dolmen that is given the name 'Taliesin's grave' – though it is much older than that. Between my house at that time and the sea, lies Borth bog: you may remember the images in the media last winter when flames were leaping across it from burning peat despite the snow: spooky. 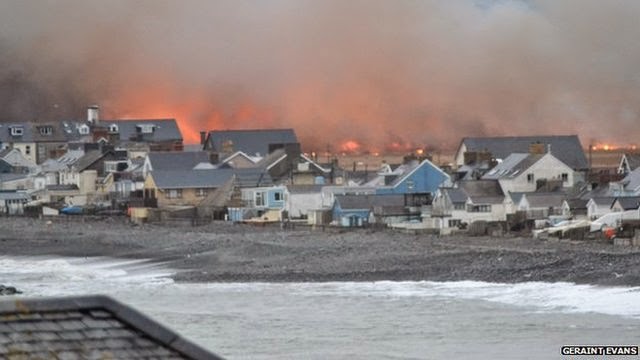 And then Borth itself: a long sliver of a town that shouldn't be there, streamed onto a spur of land against the glint of the sea, on a section of coast that is the most vulnerable in the whole of Wales to storm surges. Again, it was in the media last winter when it was attacked by giant waves. 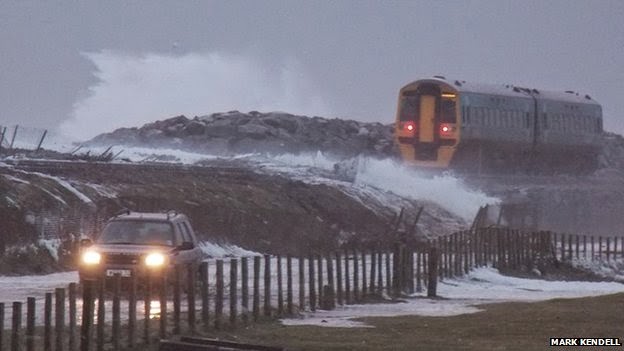 The spur continues to Ynys Las, a nature reserve of sand dunes opposite the Dyfi estuary from Aberdyfi – a colony of English retirees and yachting people largely immune to the influence of the past.

Above it, however, by the Bearded Lake, is allegedly a footprint left by King Arthur when he passed this way, and north of there the mountain Cader Idris, Welsh for Seat of Arthur.

But the real stories that come from this area are older than Arthur's: the birth of Taliesin and Cantr'er Gwaelod, which is the tale of how the land that now lies beneath Cardigan Bay was drowned by the sea.

It's these, and the beautiful, wild and dramatic landscape, that sparked my imagination to write this novel.

Let me tell you the beginning of the first story: a mother had two children – a beautiful girl and a hideous boy with a hunched back. The girl wasn't a problem, she's not even part of the story, probably got married off to a Prince.

But the boy... the mother felt sorry for him. Perhaps the gift of wit and wisdom might make him popular so she could get him off her hands. So she laboured a year and a day to make a magic potion for him, but on the last day she left the servant boy, Gwion, in charge while she popped out. "Just stir: don't taste," she told him.

You can probably guess what happened next. The long and the short of it is that Gwion got to sample the potion and he received all the gifts intended for the son. He was the one who became Taliesin.

Nowadays, Taliesin is revered in Wales and beyond for his poetic and shamanic genius. But his talents should have belonged to someone else – the son, whose name is Afagddu. No one remembers him now, but Taliesin has a village and even an arts centre named after him.

So I thought: how would Afagddu feel? What would he want?

And this is a starting point for Stormteller.

As a rebirthed baby, Gwion floated down the Dyfi river to Ynyslas where he was found by a local prince, who named him Taliesin. That leads into the second story....

...with a tragic ending – the flooding of the land – that it seemed to me has echoes of the threat that Borth and the whole coast of Britain faces now and in the future: rising sea levels, more storms and extreme weather caused by climate change.

We all feel threatened by climate change. We feel powerless to do anything about it. So I wanted the novel partly to be about giving some degree of optimism. It's trying to look at the question of rewriting the endings of stories: ours – about climate change – and these two old legends.

It's easy to give into a sense of fatalism. I believe that we can all rewrite our stories, we at least have the power to do that. And this is true for the teenagers in the novel. But, as in life, there are always sacrifices to be made...

You can find out more about the background to the novel here.
Posted by DavidKThorpe at 6:21 AM No comments: